Tackling a destructive weed in the Northern Territory 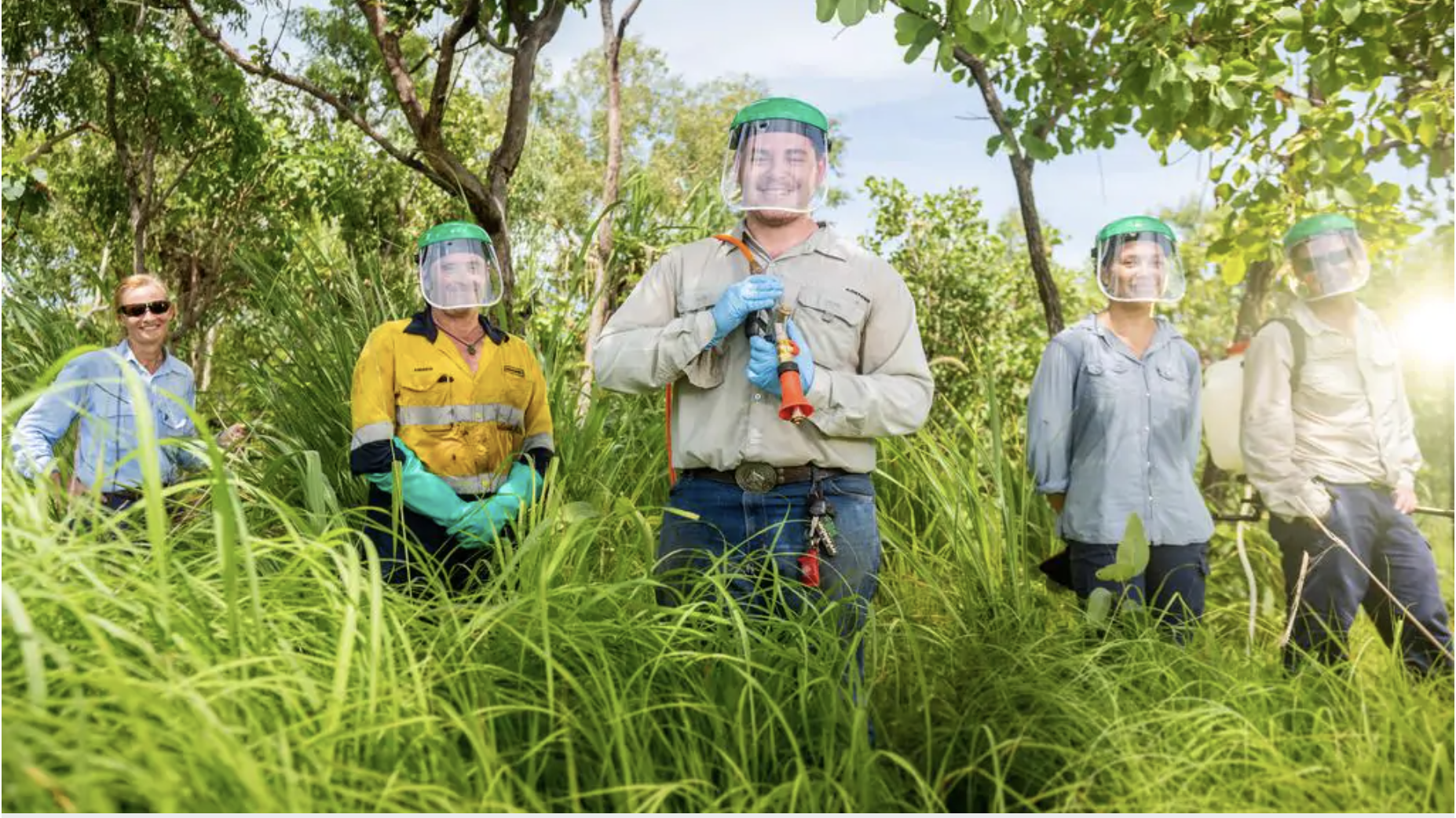 In July 2020, the NT Government announced plans to establish a ‘Gamba Army’ to control highly invasive gamba grass as part of its economic recovery plan.

The Gamba Army has now been established, creating 45 jobs and providing targeted support in Litchfield and Charles Darwin National Parks and the Greater Darwin region.

Rowena Eastwick, from the Gamba Army, said that the gamba army had got off to a good start over its first wet season:

“The army is quite a diverse range of people. A lot of them are students and it’s great to see them improving their capacity on ground around grass identification.

We also have tour guides in the Gamba Army. Obviously, the tourism industry has been hit really hard by COVID, so tour guides are looking for work.

We bring tourists here to look at our natural environment, so the team are really enjoying this opportunity to get rid of this weed and bring the landscape back to native, beautiful habitat.”

The Gamba Army has had to choose areas to focus on as priorities, given the wide distribution of gamba grass across the Top End. Areas of high conservation value and high public use have been top priorities.

“The question this year is where can we get bang for buck. You can’t just spray a spot, then walk away. We need to consider what the follow up plan is for each year.

I have been talking to the rangers at Litchfield National Park and we are trying to get a team down there to do that as a priority.”

Rowena said one of the first priority areas was around the Casuarina Coastal Reserve.

“The team’s done a great job and there’s really large patches of gamba grass gone around areas we’ve started with there.

The native grasses - the spear grasses - will start overtaking the gamba soon in those areas. We’ll do some follow up work and keep monitoring them to make sure we stay on top of it.”