There is strong public support for government investment in conservation and land management as an economic recovery measures.

In 2020, public polling was commissioned by the National Landcare Network to assess the popularity of economic stimulus focused in their sector with the general public. The research, conducted by Dynata polling, was conducted on 20-21 July across a sample of 1009 respondents Australia-wide.

The results showed clear endorsement of the program concept, with more than four in five Australians (83%) saying the Morrison Government should fund practical environmental initiatives like tree planting, weed removal and river restoration to keep people in regional communities employed while Australia recovers from the economic impacts of COVID-19.

Funding practical environmental work came in as the second most popular (75% support) out of 12 options for keeping people in regional communities employed, second only to increasing funding for training and apprenticeships (78%).

The polling also showed that three quarters (76%) of Australians were concerned about the health of the country’s forests, rivers and wildlife, with a similar number (74%) agreeing that economic stimulus funding should be used to help communities and the environment recover from the bushfires and drought.

Media across the country picked up the polling, with more than 80 metropolitan and regional publications running stories highlighting the positive response to the program proposal. 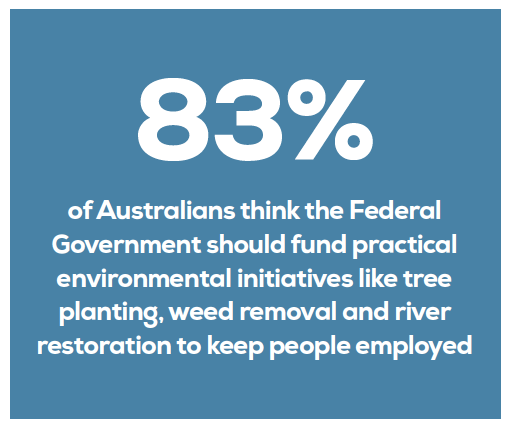 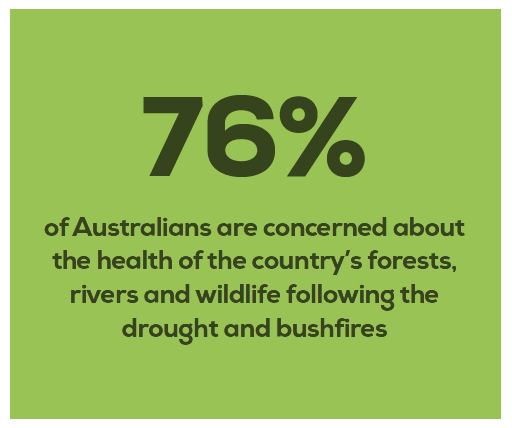 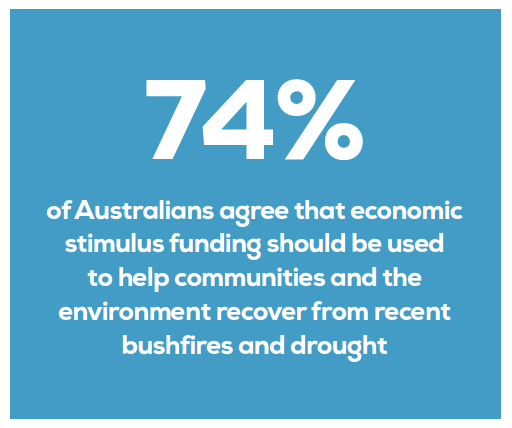